To run a business is to compete. If you’re not moving forward and staying at the top of the game, then someone else will be, and that will eventually cause problems for your company. Of course, the challenge of how to stay at the top of the pile is something that keeps many CEOs up at night. If there was an easy answer, then everyone would be doing it. However, while there’s no magic bullet, there are a few things you can do to that’ll put you in the right position to move forward. If you’re a generally smart person, then these are the ingredients you’ll need to keep your company ahead of the curve. 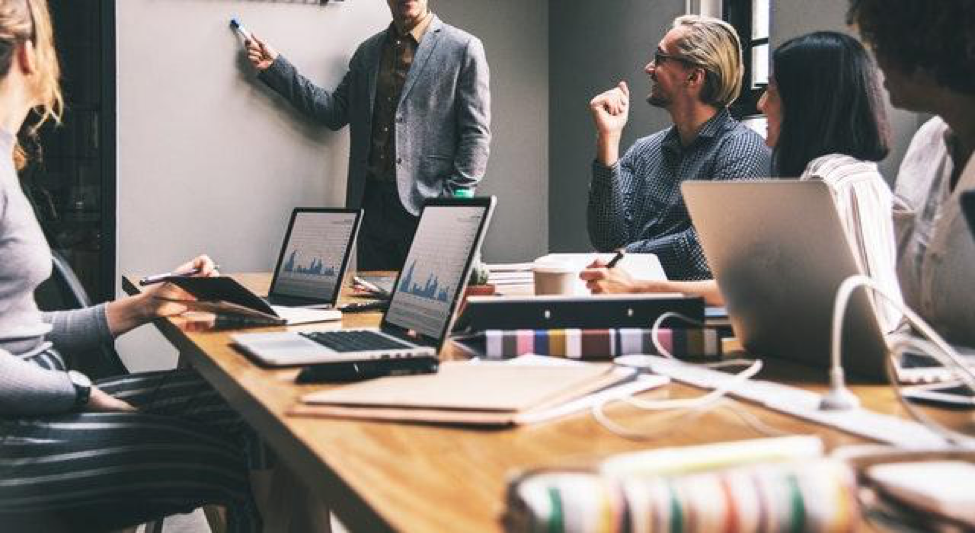 It’s important that you’re managing all the daily tasks that you need to take care of. However, it’s important that you’re also keeping your eye on the future. And not on the general future (which is also important, but more on that later), but your company’s specific future. You should have one long-term, big-picture goal in your mind when you’re running a business. If you don’t, you’ll only end up focusing too much on the nuts and bolts right in front of you. So aim big — for the stars. You might never reach it, but it’ll always have you something to aim for.

What are the Main Players Doing?

Unless you’re one of the world’s biggest or most innovative companies, then you’re not going to be pushing the world forward on your own. It’s only the giants that are able to do that — you’ll still be in the mix when it comes to moving forward, but it’ll be after Google, Apple, you know, companies like that. While you can’t compete with them, you can keep an eye on what they’re doing. If they’re moving in one particular direction, then it’s a fairly good idea to follow that path yourself. They’ll have done all the research, and you can just subtly guide your business in the same direction.

What’s Going on in the World?

The more you know about the world, the better you’ll be able to direct your business. Knowledge has always been — and will always be — power. If you have a realistic impression of what’s going on in the world, then you’ll be able to make better-informed business decisions. Your company doesn’t exist on its own; it’s part of a bigger, global system. To get this information, it’s important that you read more than just your usual paper, which only gives one view. Instead, look at getting a subscription for Apple News+ for your company; if you don’t know how then take a look at Apple News+ guide – Setapp. You’ll be able to access a wide selection of newspapers and magazines from across the world. You’ll be making it much harder to be left behind if you always know what’s happening at the cutting edge.

Change rarely just happens. It’s a slow-builder and has usually been in the works for months, if not years. But this isn’t how most people understand it: they think the world changes in a flash. It takes time to develop concepts, products, and ways of conducting business, and to some people, things never come out of the blue. They’ve been in the know for a long time before it happened, all because they attend trade shows. Whatever industry you’re in, it’s imperative that you’re visiting the industry events. It’s there where other companies will announce and hint at their ideas for the future. This will give you insight into the upcoming threats, and provide you with time to adjust your own business accordingly.

What Can Be Improved?

But of course, staying ahead of the curve doesn’t just involve trying to keep up with what other businesses are doing. You need to focus on what you’re giving the world, too. Periodically, you’ll want to do two things. First, take a look at your services and figure out what can be improved. Second, come up with new ideas that’ll push things forward. Standards are being raised all the time. If you’re happy to let your company just run on autopilot, then you’ll find eventually that everyone else has moved ahead.

As well as your services and ideas, it’s also a good idea to invest in your staff. It is they that’ll be the driving force behind your business. If you’ve hired correctly, then you should have a talented team on your hands. And they may be doing an exceptionally good job. However, that doesn’t mean that they’re the finished article. Whatever their role is, there’ll be new ways to do it coming out from time to time, be it by utilizing new methods or technologies. It’s in your interests to give your staff the tools and training they need to deliver their best work.

The world moves at a fast pace, arguably too fast. While no-one can predict the future with certainty, there are usually signs and hints about what the future will generally look like in the future. It’s something worth pondering from time to time. Read what futurologists are saying the future will be like, and see how some of their claims can be worked into your business practices. The future will be less surprising to you than it will be for other people.

Finally, focus on yourself. You may have many of the skills needed to be a great CEO, but just think about what it was that made that possible: your education. Just because you’re out of formal education, that doesn’t mean that you should stop learning. There are people who have been in business, successfully, for fifty years that freely admit they’re still learning. If you make it a habit to continually learn, be it through reading or finding a mentor, then you’ll find it’s much more likely that you come across with ways of being that lead to future growth.