Argentina: The future of global outsourcing

How Argentina is leveraging its talent & resources to become the next outsourcing destination.

While countries such as India and China have earned reputations as leading destinations for global outsourcing, another country has rapidly emerged as a more attractive option. Argentina has battled a frail economy in recent years to develop a thriving outsourcing ecosystem that rivals the traditional locations, and with a wide array of benefits and advantages, the country has positioned itself to become the next global outsourcing hub for tech teams, projects and staffing.

If you want a reliable, cost effective software development solution, look no further than Argentina. Since the Argentine peso was devalued in 2002, the Argentinean software development market has become very cost competitive as a result. For example, according to SourcingLine and PayScale the wage for an Argentinean software engineer is approximately 19.1 % of an US engineer. Put simply, for every US in-house resource you can have nearly 5 for the same price in Argentina. Furthermore, the cost for a Senior Software Engineer in Argentina is approximately  21% of the comparable cost in the United States and for an IT project manager the pay ratio is around 32.5%. In addition, when these percentages are compared with other Latin American outsourcing locations the difference is even more favorable to Argentina. For example, a Senior Software Engineer’s salary in Chile represents 37.4% of the US-based resource; the same figure in Mexico is 36% and 49% in Brazil.

2. Speaking English: Argentina, the highest English level of the region. 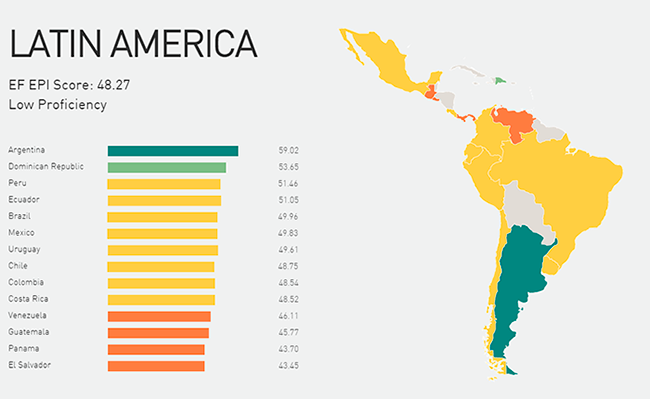 According to the English Proficiency Index done by Education First (EP) in 2014, Argentina has the highest English level in Latin America, higher than Brazil, Mexico and Chile.

3. The latest technology and best-educated workforce

Argentina has a highly educated skilled workforce, a robust telecom network, and an abundant supply of office-space. Argentina started developing its IT talent over 20 years ago, during the dot-com boom in the late nineties. During this period, the country was home to approximately 65 percent of the design and implementation work of most regional Internet startups, and it has not stopped ever since. There exists a large, technically-savvy and highly skilled pool of software engineers ready to work at a reasonable price, and an IT infrastructure network that is arguably the best in the entire region. An interesting factor that sets Argentina head and shoulders above other outsourcing destinations is that public universities are free and open to anyone. As a result, Argentina has the largest number of university students in Latin America, ranking eighth globally. In addition to these factors, in the last couple of years, the Argentine government has launched several initiatives to support the tech industry and to make sure to comply with international standards in terms of applicable laws such as intellectual property protection. As a result, Argentina has developed into a tech-hub that has attracted many global IT companies like HP, Oracle, Cisco Systems, Teletech, Motorola, Sony, America Online and Google. 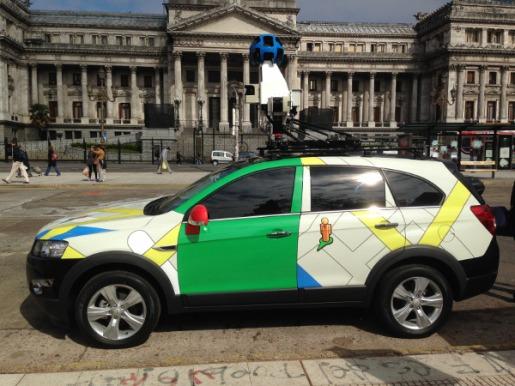 Being near shore, there are numerous geographical advantages compared to traditional Asian destinations such as India or China. The fact that Argentina is merely a few hours behind Europe and only an hour ahead of the US East Coast allows the workforce to communicate naturally and frequently during the same working hours. This fact helps to facilitate greater and healthier working relationships between Argentina and the benefits with respect to other outsourcing destinations such as Asia or Central Europe are very noticeable, due to the difficulty of implementing agile methodologies in those countries. In addition, the culture of Argentina has a decidedly European flavour, both in regards to culture and business, that will be familiar to most North Americans.